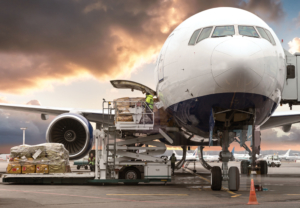 The National Air Carrier Association (NACA) issued a letter today (2/16/18) requesting that the Senate Commerce, Science, and Transportation Committee continue to keep out any increases in passenger facility charges (PFCs) of its version of the FAA Reauthorization bill.  NACA will approach all committees of jurisdiction and representatives of our member carriers asking they oppose any PFC increase as well. 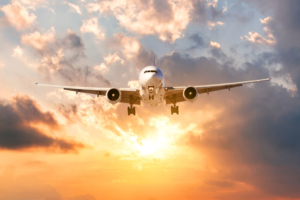 The National Air Carrier Association (NACA) is concerned about a current and worsening pilot shortage affecting the U.S. commercial airline industry. NACA supports an initiative by Chairman John Thune of the Senate Committee on Commerce, Science and Transportation to begin to address this significant issue in the 2017 Federal Aviation Administration (FAA) reauthorization.

The U.S. commercial airline industry is experiencing a shortage of pilots.  A forecast by University of North Dakota of numbers of qualified pilots available to staff major U.S. airlines indicates a cumulative shortage of almost 14,500 over the period 2016-2026 (see attached exhibits).  Regional airlines are eliminating service to smaller communities due to a lack of pilots.

The projected shortage is a function of several factors: (1) fewer young people entering the industry; (2) U.S. airlines have made bad economic headlines; and, (3) changes in the threshold requirement for flying hours, increasing the cost of training to at least $125,000.  The aviation industry and Congress must work together to fashion a range of solutions.

Public Law 111-216 (111th Congress – 2010) requires a commercial pilot to have an airline transport pilot (ATP) certificate [license] and to have accumulated 1,500 total flight hours – a dramatic increase from the previous flight hour requirement.  Many believe the 1,500 flight hour requirement has deterred prospective pilots from pursuing careers in the commercial aviation industry. The FAA administrator was given authority in the law to “…allow specific academic training courses… to be credited toward the total flight hours required…”  The administrator has permitted mitigation in several instances.  These mitigations have not, apparently, impacted the ongoing pilot shortage.

Charmain Thune’s amendment to the FAA reauthorization offers more specific language that offer greater training options that emphasize safety. Pilots will be allowed to receive credit toward their flight hours by taking training courses and other structured courses approved by the FAA. It keeps the 1500 flight hour requirement in place while increasing safety and providing better training. It focuses on the quality of the flight training as opposed to the quantity of hours, which can ensure that pilots receive enough valuable experience to perform their jobs effectively and safely.